The Scourge of Anger

You are here: Home / Scott’s Thoughts / The Scourge of Anger

Then the Lord said to Cain, “Why are you angry? Why is your face downcast? If you do what is right, will you not be accepted? But if you do not do what is right, sin is crouching at your door; it desires to have you, but you must rule over it.

Is it just me or are there a lot of angry people in this world?

Some of this anger is understandable given our current political and economic climate. There are serious issues that people are dealing with every day in which their frustration and exhaustion over a period of time boils down into outright hostility and anger. When we feel that we are backed into a corner, sometimes we feel that anger is the only solution.

But – there also seems to be a resurgence of anger as the ultimate expression of our issues. Instead of open debate and a willingness to learn from one another, people instantly become angry.

This isn’t just me.  Many people have identified 2017 as the year of discontent.  Angry people trying to shout over one another with dogmatic fervor have become the norm for behaviour in media, education, and politics.   Nobody stops to ask the essential question; “Is this approach working?”

The Bible has much to say about angry people and what anger can do.   And it begins to observe the danger of anger from the beginning. Right from Genesis, we see the danger that anger can cause, in the story of Cain and Abel.

Adam and Eve had a son named Cain.  Eve’s choice of name for her son, which best translates to, “Is this the man?” implies that she hopes Cain will be the one to fix humanity from the damage sin has brought.  Right after the sin of humanity was introduced, God predicts a future where the serpent (the devil) would be defeated by an offspring of Eve.

So the Lord God said to the serpent, “Because you have done this,

“Cursed are you above all livestock
and all wild animals!
You will crawl on your belly
and you will eat dust
all the days of your life.
And I will put enmity
between you and the woman,
and between your offspring [ and hers;
he will crush your head,
and you will strike his heel.”

Eve was hoping Cain would be the one to bring salvation and to help their family get back to the Garden of Eden.

Eve has a second son, whom she names Abel.  Cain becomes a farmer and Abel becomes a shepherd.

Now there comes a time when the two sons bring their offerings to the Lord.  Cain brings some produce from his garden, and Abel brings the best of his firstborn lambs.  God accepts Abel’s offering but rejects Cain’s.

The first impression we can derive from God’s rejection is that it was the nature of the offering that spurred this result.  Historically, some theologians believed this to be true.  However, this is inaccurate.  God instead identifies Cain’s proclivity to sin as the culprit for his offering not being accepted.  God can see Cain’s heart, and knows that Cain is not living right. Cain’s way of living has made him vulnerable to losing control.

Uncontrolled anger wants to own Cain.  God warns him, “Rule over it.  Otherwise you are in peril.”

But Cain does the exact opposite.   He waits for an opportunity, he draws Abel out into a field away from his family, and he kills him.

Anger wins and Abel is dead.

Imagine Eve’s reaction to this news.  The son she hoped would lead them back to the garden, who was a gardener himself, had instead introduced murder to the human race. Anger won.

Andy Stanley, in his book, It Came from Within!, identifies debt as being the source of anger.  This is the idea that someone owes us something, whether that something is something that is tangible, or something that is emotional.  We get angry because they aren’t giving us that tangible or emotional need, or that they are trying to take those needs away from us.

Sometimes this kind of anger is a good thing.  The idea of being angry because someone is treating us or others unjustly is a perfectly normal response.  The problem is that we often jump to conclusions about what we consider unjust.  Our selfishness can blind our motives.

So, what is the solution?  Thankfully, scripture has lots to say about handling anger.  One of the passages I’ve used in the past is written by the Apostle Paul to the church in Ephesus:

29 Do not let any unwholesome talk come out of your mouths, but only what is helpful for building others up according to their needs, that it may benefit those who listen. 30 And do not grieve the Holy Spirit of God, with whom you were sealed for the day of redemption.31 Get rid of all bitterness, rage and anger, brawling and slander, along with every form of malice. 32 Be kind and compassionate to one another, forgiving each other, just as in Christ God forgave you.

A couple of things from these verses jump out at me.  One is that Paul echoes God’s words to Cain about mastering his anger and not letting it control our behaviour.  This is good.

But Paul also goes on to provide “anger diffusers” that keep us in the right frame of mind.  These activities help keep us in check when the anger comes.

Anger is powerful.  But God’s love is more powerful.  Take some time to review the scriptures above and share your thoughts! 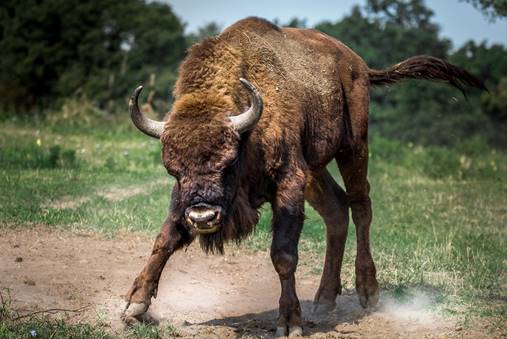